2022 – Arkeo Atlas is back after almost ten years with an issue completely dedicated to the Neolithic in Anatolia. Dilek and Mehmet penned an article summing up ancient DNA research pertaining to Anatolian sites, whereas Ezgi, Füsun and Kanat wrote an article focusing on kinship. The issue also features articles by our collaborators Çiğdem Atakuman and Y. Selim Erdal. 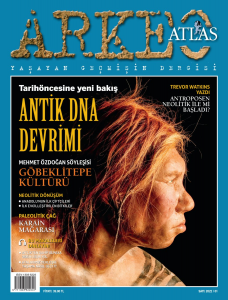